Riders on the Contagion’s days

During the health crisis, straight from the delivery rider’s mouth, an odyssey through empty streets, building lobbies, contactless transactions and human gatherings on the outskirts of society.

“Go out to where the real world is, go work as a bouncer in a sex club, a warden in a lunatic asylum or in a slaughterhouse. Walk on foot, learn languages, learn a craft or trade that has nothing to do with cinema. Filmmaking must have experience of life at its foundation.”

I’m an artist. I work on sculpture, using various traditional and synthetic materials. I draw, exploring different techniques. In my work I am interested in processes of transformation of matter, forms and images. For five months now I have been working as a food delivery rider in Milan, for one of the leading companies, the one with a kangaroo symbol. The kangaroo on my backpack is made of reflective material, with such stylized graphics that at first you’re not sure what kind of animal it’s supposed to represent. The backpack is a cube, large but light in weight.

I got started with this job for a variety of reasons: I wanted to stay outside, to take photos of home interiors, and to earn a bit of money every month. At least I thought those were the only motivations. Then, as I was working, I realized there was another reason, which slowly became the main idea: riding around on a bike to deliver food allows me to watch things without being seen. People don’t notice me, they don’t put me into focus. For example: I’ve even delivered food to people I know, without them recognizing me. One evening I brought a meal to one of my students, a guy from Mexico – we were just a few inches apart, but he didn’t realize who I was, maybe because I was outside my usual role. Familiar people or things, shifted into a different context, can become unrecognizable. This condition of anonymity lets me observe the world, and makes me feel like I’m someone else with respect to my daytime identity (I make deliveries mostly in the evening). It lets me experience an environment, inhabited by people I would otherwise have no way of meeting.

I remember almost all the homes I’ve visited – I quickly take a snapshot of the details of interiors that catch my eye. It’s an exercise in quickness, to find something interesting in just a few seconds and capture it with my mobile. There are never people in the shots, just lights, decorations, floors, things created by human beings for the lives of human beings. I feel like these interiors in buildings are able to tell me something, not only about the people who live inside them, but also about those who have lived there in the past.

40.73, 24.14, 29.45… Those are the kilometers covered on my bike on several evenings since the shelter-in-place order went into effect to cope with the emergency of the COVID-19 epidemic. I can work, at my own risk, because restaurants can still sell take-out meals. Places that never used these services before have geared up for take-out, and I have been making pick-ups at eateries I’ve never visited before. In this extraordinary period the air is clean, but on the street there are only ambulances, firefighters and police patrols. Their sirens and lights are even more vivid in the empty streets, adding sound and color to the situation of alarm in these evenings of lockdown.
The city is deserted, you can ride fast. The stoplights are still working, in spite of the absence of traffic. The luminous advertising has been turned off, though, and the message haven’t been updated at the usual pace – there’s no one out to see them.

One evening on the way home I stopped at Piazza Durante to quench my thirst, and I seemed to smell the scent of the trees, though that might just have been an impression. In moments like these, ordinary and extraordinary start to mingle, and you get surprised by things you wouldn’t have noticed in other situations. I recently looked back on some notes I wrote in the summer, when I had just begun this job. The suspended August atmosphere was like these late winter evenings: “They come out in summer, wandering the streets. In the winter they blend in, or maybe they simply don’t go out, they stay home. On Via Pacini an old man is lugging strange canisters on his back, connected to colored tubes that vanish into the pockets of his vest. His hat with its visor is studded with little blinking lights. He bends over as he walks, so the canisters must be heavy.”

I have seen and heard various people shouting to themselves, walking along the sidewalks yelling in outbursts, none of them in Italian.
People at the margins, filling the void with their voices. I saw a homeless man on Corso Buenos Aires, walking alone and barefoot past the closed shops. The next night, I saw him eating cookies, sitting on the sidewalk of Via Doria.

When I go down Via Ponte Nuovo I always come across a man, a sort of Viking who must be about sixty years old, with very long hair, gray like his beard. I see him at the stop in front of a gas station; he seems to be waiting for the bus, but when it arrives he never gets on. Every time I pass there I greet him, loud and clear, but he just looks around as if he’s thinking I’ve mistaken him for someone else, or I am greeting another person. Without returning my wave he goes back to his vigil. He could be a ghost.

I’ve heard a pizza chef shout, “Star Wars is here!” Star Wars does deliveries on an electric kick scooter. He’s the only one who uses that type of vehicle. He has a very tight jersey that shows off his muscles, pumped onto a small frame. He carries his phone in a sheath attached to his arm by a spongy elastic band. Like a character in one of those after-the-apocalypse films.

The app I use shows me the names of the customers, and one evening I had to deliver a meal to a woman who had signed up with a name resembling that of a comic book character, like Natasha Fate. I couldn’t find her building, so I called her. The voice that answered sounded like a young man; the explanation was garbled, hard to understand. In the end I managed to find the address, on the outskirts of town, Via dei Missaglia. I waited at the front door, and a guy who looked like a girl came downstairs; that intriguing name was invented, an alter ego.

I met a young African whose bicycle was entirely encrusted with lights, though most were no longer working. When the batteries ran out he just left the things clustered like trophies, like barnacles clinging to a rock. Now he uses the plastic gloves from supermarkets when he has to come into contact with Italians. The transsexuals on Via Padova continue to make their rounds, leaning in doorways and whistling at me when I ride by. The hookers of Via Vallazze haven’t been seen for weeks.

But what are the pigeons eating these days? The diet of your average urban dove is mostly vegetarian, grains and seeds. In cities their daily bread comes from human beings, for the most part, directly or indirectly.
Surplus and abundance make pigeons get lazy. They’re not prepared for the absence of human beings.

The food orders keep on coming, relentlessly. Though they
are concentrated on fewer venues, the phone keeps vibrating. The hours on my bike go by quickly, as I constantly go back and forth, restaurant to residence, ferrying large quantities of pizza, from the outskirts to the center and back. There are no distinctions between neighborhoods, no differences of social rank of the customers. They all want pizza, more than ever on these quiet evenings. One strange order did come in on a Monday morning, asking me to go to Via Filzi with an enormous sack of pastries that barely fit into my pack, as heavy as a bag of bricks.

For several weeks now, when I log into the app a new screen
appears with a message reminding me to practice social distancing and to avoid direct contact with people. To get the idea across, a video simulation appears in which two actors – one in the role of customer, the other dressed as a rider – perform a contactless transaction. It’s like watching those instruction videos they show you on airplanes before takeoff.

Outside restaurants, I wait for them to fill the orders to take to customers, and there are a lot more riders than usual. The orders are concentrated, because only a few restaurants are open. I seldom have opportunities to talk to the others, we just swap greetings – a simple nod will suffice. Various groups spontaneously take form, divided along ethnic lines, and I realize that if I close my eyes I could be anywhere, in Afghanistan, Africa, South America. Many young men from Pakistan use photos of themselves with their kids as the background picture on their mobile. I hear languages being spoken, words I don’t understand… for me they’re just sounds. Very few Italians do this job in Milan, and I seldom cross paths with them. The others don’t mention the virus, though they do have masks and latex gloves. What bothers them is the fact that the hours are shrinking; usually the hardest workers put in 35 to 40 hours a week. “Next week I’ve got 20, and I usually have 35,” is the first thing I’m told by a Pakistani guy I often meet. “Ciao, bro” or “Ciao amico” are the usual greetings. The other riders try to figure out who I am, where I’m from. I can see them observing me. A few evenings ago one young man came over and asked me: “Urdu?” I said I was Italian, and he apologized. Many think I’m Afghan or Pakistani, and speak to me in their language. Urdu is the official language of Pakistan, so that guy must have thought I might be from that country. Many of the riders don’t stop riding at the end of their shift – they have to reach family or friends in other cities, like Novara or Saronno.

The delivery method has changed. Now they talk about “contactless” transactions. I keep the necessary social distance from the client, leaving the package with the food on a landing or on top of my pack by the door. But I’ve never gotten so many tips before, charged to the app, left outside the doors of apartments, or simply handed over (stretching out arms, leaning back to keep bodies at a distance). My pockets were full of change a few evenings back. The next day I had to go to a tobacconist to swap the coins for banknotes. I feel like I’m living in one of the photos I took in recent months, images without human beings, only architecture. I haven’t been seen, but I have seen many things. It is a sort of dream, from which I am awakened by a huge man who lives in the street, eating a sandwich, who tells me: “no problema, no problema.”

Was born in Milan in 1985, where he lives and works. Visual artist, his work has been exhibited in several solo and group exhibitions in national and international galleries and museums. His works are collected on the site www.lupoborgonovo.com 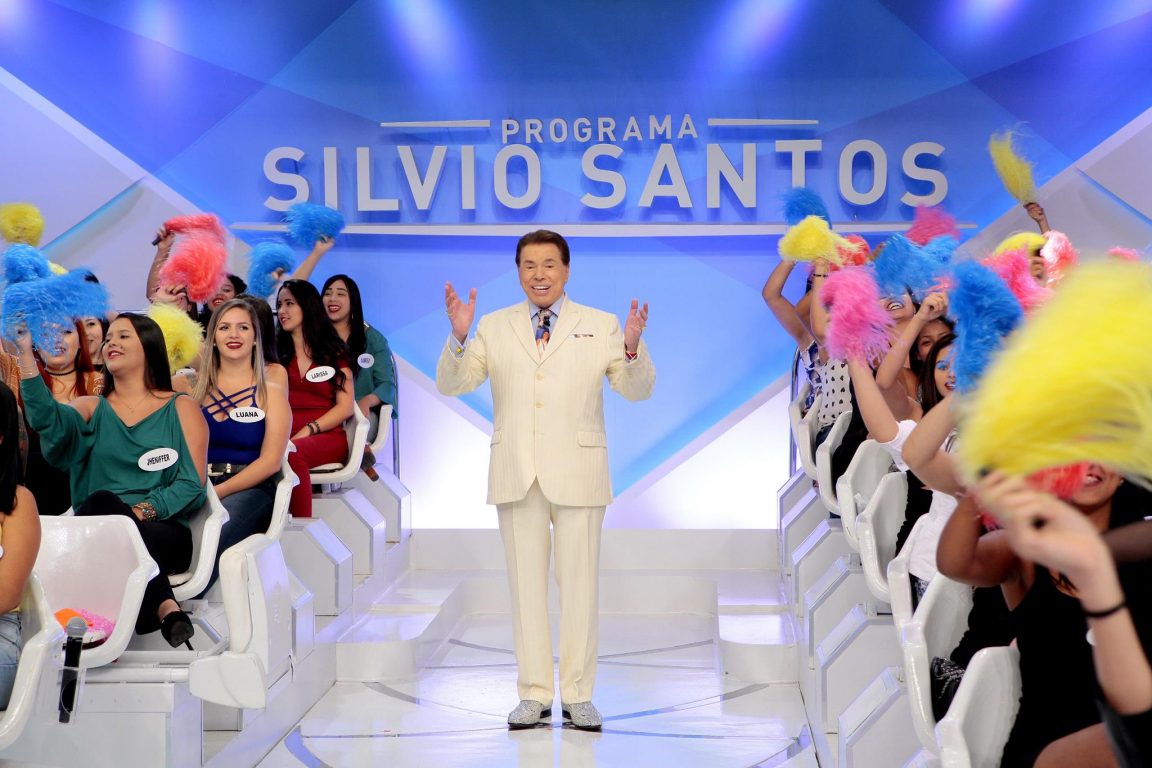 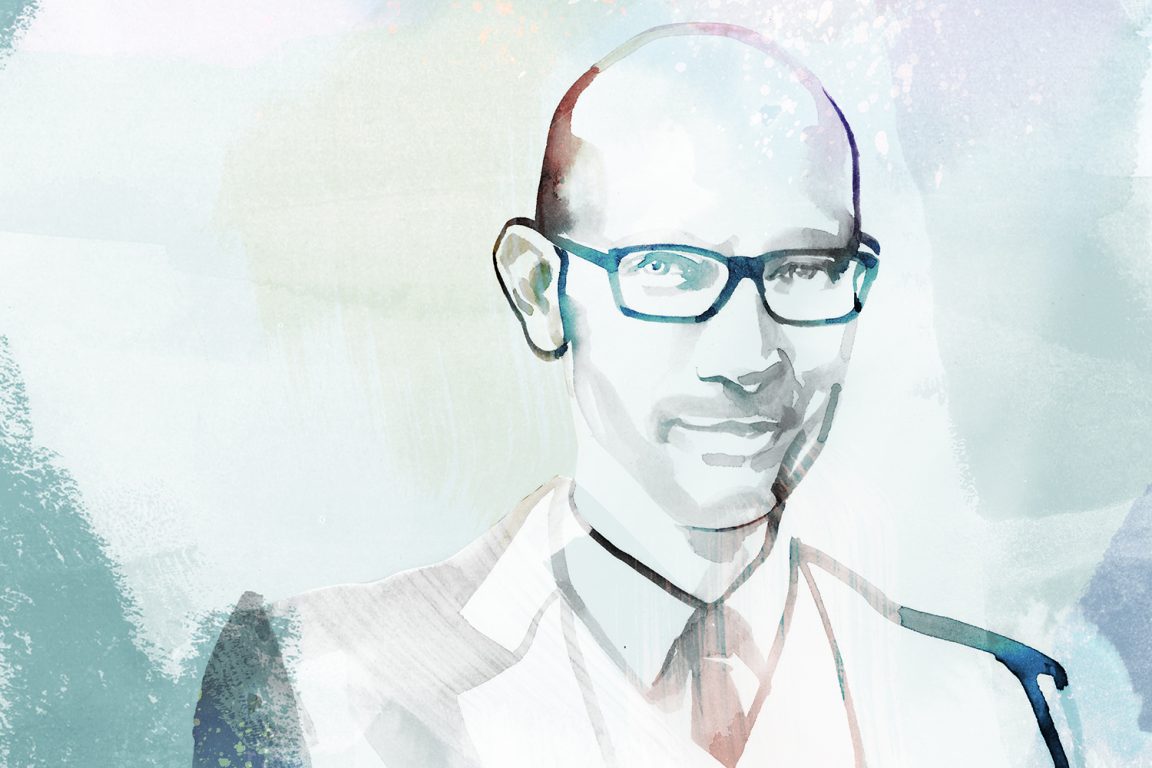